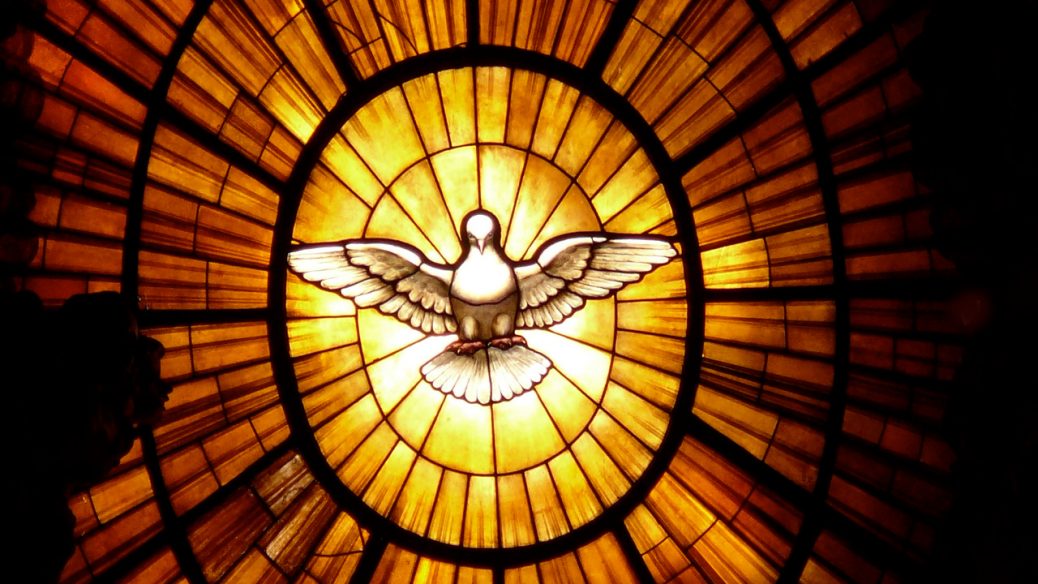 An often asked question in the Forums concerns the legitimacy of the Charismatic Renewal and the phenomena associated with it. In the interests of full disclosure let me start by saying that I have never been, nor am I now, a member of this movement.

The Church has never lacked charisms to build it up, both ordinary and extraordinary. However, it is the widespread experience of the Holy Spirit’s presence within Catholics and the manifestation of extraordinary charisms such as prophecy, speaking in tongues and healing, outside of those of evident great sanctity, which has characterized the Charismatic Renewal. This needs to be explained to understand what it means when the Church says that the Charismatic Renewal is an authentic movement of the Spirit in our times.

This authentic desire to situate yourselves in the Church is the authentic sign of the action of the Holy Spirit … How could this ‘spiritual renewal’ not be a chance for the Church and the world? And how, in this case could one not take all the means to ensure that it remains so…

Pope John Paul II, for his part, has been more explicit. Speaking to a group of international leaders of the Renewal on December 11, 1979, he said,

I am convinced that this movement is a very important component of the entire renewal of the Church.

Noting that since age 11 he had said a daily prayer to the Holy Spirit he added,

This was my own spiritual initiation, so I can understand all these charisms. They are all part of the richness of the Lord. I am convinced that this movement is a sign of his action.

For his part, Cardinal Joseph Ratzinger, Prefect for the Congregation for the Doctrine of the Faith, has added his voice to the Pope’s in acknowledging the good occurring in the Charismatic Renewal and providing some cautions. In a forward to a book by Cardinal Suenens, at that time the Pope’s delegate to the Charismatic Renewal, the Prefect comments on the Post-Conciliar period stating,

At the heart of a world imbued with a rationalistic skepticism, a new experience of the Holy Spirit suddenly burst forth. And, since then, that experience has assumed a breadth of a worldwide Renewal movement. What the New Testament tells us about the charisms – which were seen as visible signs of the coming of the Spirit – is not just ancient history, over and done with, for it is once again becoming extremely topical.

Speaking of the book’s subject, renewal and the powers of darkness, he says,

Finally, he urges those who read the book to pay special attention to the author’s double plea,

… to those responsible for the ecclesiastical ministry – from parish priests to bishops – not to let the Renewal pass them by but to welcome it fully; and on the other (hand) … to the members of the Renewal to cherish and maintain their link with the whole Church and with the charisms of their pastors. [Renewal and the Powers of Darkness, Leo Cardinal Suenens (Ann Arbor: Servant Books, 1983)] 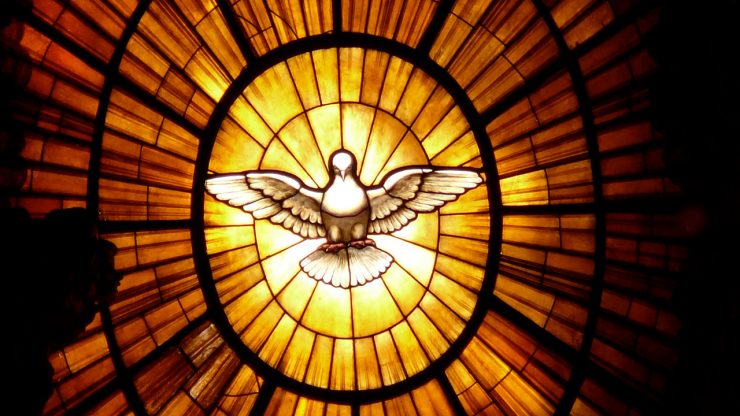 The Second Vatican Council affirmed the legitimacy of charisms, both ordinary and extraordinary. A charism is simply “a grace freely given by God to build up the Church,” as opposed to the graces given to sanctify the individual. St. Paul gives a list of charisms in 1 Cor. 12. They include ordinary charisms like teaching and administration and extraordinary ones like healing, miracles, and tongues. These things by themselves don’t make the person holier, rather they enable him or her to serve others. Finally, the authenticity of charisms must be discerned, since charisms are not necessarily from the spirit of God (1 John 4). The Council taught,

Whether these charisms be very remarkable or more simple and widely diffused, they are to be received with thanksgiving and consolation since they are fitting and useful for the needs of the Church. Extraordinary gifts are not to be rashly desired nor is it from them that the fruits of apostolic labors are to be presumptuously expected. Those who have charge over the Church should judge the genuineness and proper use of these gifts, through their office, not indeed to extinguish the Spirit but to test all things and hold fast to what is good (cf. 1 Thes. 5:12, 19- 21). [Lumen Gentium 12]

The Church clearly wishes to follow a middle course, between a rationalistic skepticism and a blind credulity in alleged workings of the Holy Spirit. In the past the Church had condemned what it called Pentecostalism, understood as the total dependence, even theologically, on the presence and manifestation of charisms. Such a dependence is blind, for it fails to allow itself to be guided by the full content of the faith and the judgement of the Church’s teaching authority. It is total when such “gifts” displace the means of grace in the life of the Christian, such as the sacraments. On the other hand, the Church cannot condemn charisms, since they are part of the patrimony of our apostolic faith. What we have seen in our time is the appearance of the Charismatic Renewal, an apparent outpouring of the extraordinary charisms. This doesn’t mean that one has to be a charismatic, that charismatics are better Catholics, or that every alleged charism is authentic. Yet, as the Council noted, the Church must respect the workings of God, discerning the authentic from the inauthentic.

An authentic charism would not pull one away from the Church. If a Catholic leaves, seeking an emotional boost he no longer finds in the Church, he is seeking the gifts of the Giver and not the Giver of the gifts. Participation in the life of the Church should lead any Catholic (Charismatic, traditional, or ordinary) into a deeper relationship with the Eucharist, the Blessed Mother and the Pope. If it does not, something is spiritually wrong with that particular individual or with the guidance he is receiving within his group. Since a charism does not give the person any special infallibility or sanctity, given the extraordinary character of such gifts it is especially necessary for individuals possessing them to guard the purity of their faith, lest pride, self-seeking or emotionalism lead them astray, and they others. The reality that some have left the Church for Pentecostalism, or sought to create it within, points to the dangers. By contrast, the presence in the Church of a dynamic and faithful institution like the Franciscan University of Steubenville is evidence of the great good that can be done by those graced with authentic charismatic gifts exercised in union with the Church.

All such authentic charisms, therefore, are at the service of the Body of Christ, the Church (1 Cor 12, 14). As gifts of the Holy Spirit, they are supernatural graces beyond the power of human striving and human nature (e.g. miracle working), though some may build upon the natural talents of the recipient (e.g. teaching). St. Paul contrasts these charismata with “the greater gifts” of Faith, Hope and Charity (1 Cor. 13), which he says have lasting value. These “theological virtues” unite the person’s mind and will to God. As a consequence, the Church teaches that Faith, Hope and Charity are necessary for salvation but the charismata are not. St. Paul’s experience at Corinth demonstrated rather early in the Church how susceptible these charisms are to exaggeration. In another context, he would even warn the Corinthians that the devil can appear as an angel of light (1 Cor 11:14). Similarly, both St. Peter and St. John (1 Pet 5:8-9; 1 John 4:1) warn us of this danger.

St. Thomas Aquinas in his Summa Theologiae [ST II-II q177] tells us that the Holy Spirit does not accomplish the charisms directly but through the mediation of angels. Since they are within the power of the angelic nature, they are also capable of demonic imitation. It is difficult to explain the “charismatic power of speech” of a Hitler, for instance, on purely natural grounds. It is for these reasons that most spiritual writers, especially the mystical doctor St. John of the Cross, warn us not to seek such extraordinary phenomenon. As noted earlier, Vatican II made this warning part of its teaching on the charismatic gifts.

On the other hand, a spirit which acknowledges Jesus Christ come in the flesh is of God (1 John 4:2). Such doctrinal correctness is a motive of credibility in the authenticity of a charism or event. Yet, a person may simply be operating by the human spirit fortified by Faith and may not be manifesting an extraordinary gift. To determine whether a given phenomenon exceeds human nature calls for a discernment beyond simple orthodoxy. For example, in the special case of an apparition, when a bishop declares an event to be “worthy of belief” or “not worthy of belief” he does so based upon both scientific (can it be explained?) and theological (is it from God?) criteria. So, orthodoxy is the necessary beginning of the discernment, not the end.

There is yet another dimension of the discernment which needs to be considered. Since charisms are given to build up the Church, there is no necessary connection with personal sanctity. Saints, sinners and even unbelievers have manifested these gifts. The pagan prophet Balaam was given the Divine spirit of prophecy in order to authenticate Israel as the People of God (Num. 22). Thus the moral state of the recipient (good or bad) does not by itself indicate a true or false charism. When actually under the constraint of the Spirit of God, however, the true charismatic could not say or do anything contrary to that Spirit. No one could claim, for instance, that the Spirit of God led him to get drunk or do anything sinful, although he might at other times do such things.

Practically speaking, therefore, the many instances of extraordinary charisms within the Charismatic Renewal will never come under the official scrutiny of the Church. Priests and Catholic laity associated with the Renewal will most likely have to discern each instance themselves, according to the theological criteria of Catholic theology and prudence. It is easier to dismiss a phenomenon as NOT from God than it is to determine its other possible sources (human or divine spirit). A basic question prayerfully asked must be “is this particular event a credible example of the action of the Spirit of God – a Spirit incapable of any lie or sin and which can only lead people (even non-Catholics) to a deeper Catholic faith and unity?” This should do much to protect us from the roaring lion (1 Peter 5:8), even if it cannot produce the judgement that something is certainly from God – a fact which only the Holy See can ultimately state.