The DOJCC is now in every Australian state and territory as well as Indonesia, PNG and the Philippines. Disciples of Jesus:We take discipleship seriously. We are aware that we are called by Jesus to be one with Him and to imitate Him in all things.

In Baptism, Christians are incorporated into Christ and into the Church which is His Body. In various places throughout the world, members of this one, holy catholic and apostolic Church have expressed their desire to support one another in following Christ and in responding to His call by forming covenant communities. Disciples of Jesus Covenant Community is one such community.

A covenant is a formal commitment to enter into relationship with members of a community and to participate in their lifestyle and mission. At the heart of such a commitment is the desire to grow in holiness and to be involved in apostolic work in service of the Church’s mission. 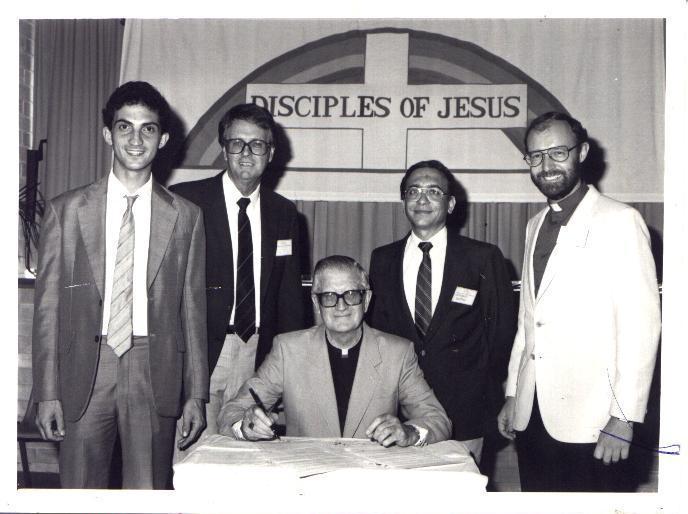 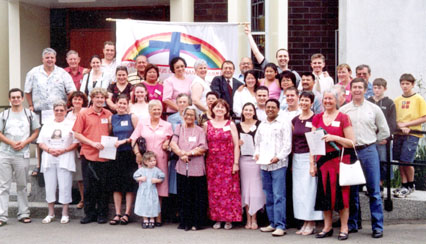 How the Mountains Branch Began
Three local families and a single sister joined the Bastoli’s. These remained part of the Sydney Community.

Community Gatherings began in 1992 in Springwood. On a three Sundays per month basis we met in the Mountains and on the fourth Sundays we joined the Sydney Community in their Gathering. It was not until 1994 that the Branch commenced as an entity in its own right.

Our Vision
· In the DOJ we believe that God’s vision for his Church is to live in communities like in the book of Acts chapter 2 – committed, loving relationships that stand the test of time, following Jesus together, supporting each other and reaching out to others to share the Good News.

· In Acts 2 we read that with the coming of the Holy Spirit on Pentecost the Community of the church was formed. We are told, “These remained faithful to the teaching of the apostles, to the brotherhood, to the breaking of bread and to the prayers.” (Acts 2:48)

· In the DOJ we enjoy a “back to basics” way of living; a lifestyle based on the earliest Christian community described in the Acts of the Apostles.

· As a church, we are one community, but when it comes to day-to-day living, the community we are a part of is the people we relate to on a daily basis.

“A CATHOLIC COMMUNITY ON MISSION”

CATHOLIC:
We are recognised by the Church as a Catholic Community. We follow the teachings of the Church.

COMMUNITY:
For us community means committed constant relationships. Loving, caring for and serving each other; seeking the best for one another; accepting one another; supporting and praying for each other; spending time with each other in openness and vulnerability.

MISSION:
A COMMUNITY OF DISCIPLES
MOVING TOGETHER UNDER THE GRACE OF THE HOLY SPIRIT
TO RENEW THE CHURCH AND EVANGELISE THE WORLD.